How it all started?

AlphaVPS is a brand of DA International Group Ltd. and was founded in 2013 in Europe by a few guys who wanted to redefine the hosting experience and offer a solid product for fellow developers and website owners - services that are simple, intuitive and accessible to everyone. Since then we've grown to 5 global locations on 2 continents, on-boarded many more team members and wrote millions of lines of code to make our vision a reality. 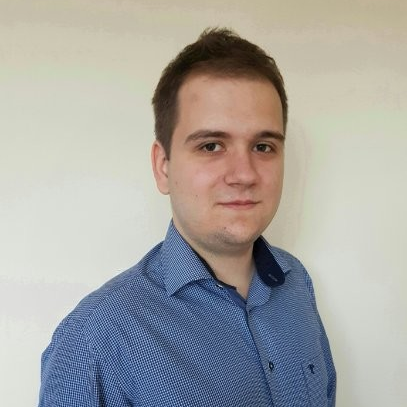 Alex is the founder and CEO of DA International Group Ltd. He studied Business IT in NBU and has over 10 years of experience in the hosting and IaaS field.

Alex's true passion about innovations and technologies is one of the main reasons behind AlphaVPS' rapid growth and success. 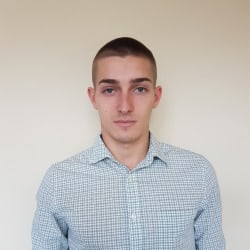 Vesko has been with AlphaVPS since day 1! Studied Software Engineering and IT and has over 7 years of experience in the hosting industry.

His outstanding dedication to our mission, experience in system administration and development is the driving force of AlphaVPS' constant innovation and stability.

Since our inception, back in 2013, AlphaVPS has been committed to offering affordable and yet reliable server infrastructure, coupled with outstanding customer experience.

We believe that our Customers' success is our success and we're fully dedicated to helping them succeed! Our company and core values are built around the idea that web hosting and server rental should be simple, frustration-free, and at the same time affordable and accessible for everyone.

With years of work behind us, tons of proprietary code, lots of trials and errors and a lot of passion - we believe that we are offering amazing services with a great value that meet and exceed our customers expectations.

Our numbers speak for themselves. AlphaVPS' evergrowing customer base of over 10000+ clients from over 100+ countries is what keeps us motivated to constantly develop our products, introduce new services and conquer new global markets.

Affordable Linux VPS, perfect for developers. Based on OpenVZ 7 virtualization, supporting Docker and perfect for nearly all workloads that do not require a dedicated kernel.

KVM virtual servers, which run their own kernel and do not inherit any limitations from the host node. Highly performant and easily scalable. Supports full disk encryption.

High-storage virtual servers, based on KVM virtualization, designed to be used as cold-storage. Full disk encryption is supported along with running own dedicated kernel.

Fully customizable dedicated servers in Europe, rapidly deployed and easy to manage, when you need more power for your growing project.

We can help You with building and administrating your very own Private Cloud based on OpenStack. High availability, private networks, high scalable, very secure are just the tip of the iceberg.

Our highly qualified team of experts can help you with every aspect of managing your server or cluster of servers, as well as handle complex migrations and security audits on your behalf.

The road we have taken

The best is yet to come

In the begining of 2021, we've introduced a brand new line of services - High Performance VPS, based on the newest AMD EPYC platform with pure NVMe storage. We've added some additional direct peering with Lumen, GTT, TI Sparkle and Hivelocity. In addition - we've opened a second NYC location in Telehouse DataCenter. We are still as passionate as in 2013 and believe that the best is yet to come!

We started 2020 strong! We deployed a brand new, Juniper-based network core, alongside our Juniper Edge and added additional capacity in Sofia. By now, we have over 200Gbit/s aggregated capacity to accommodate our rapid growth and increased traffic demands. In addition - we've launched a new line of rapidly deployed dedicated servers. Custom dedicated servers deployment is shortened by a lot as well!

The year of change

2019 begun with us preparing for a very big platform migration, that had to happen prior to November 2019 - the date that was announced as EOL for OpenVZ6. This was a big challenge for us, as we wanted to make it seamless for our customers. Fast forward some months - thousands of containers were moved with no interruptions, coupled with network upgrades in Germany, the UK and the US. 2019 is also the year when we opened our Sofia office. It's a huge thing for AlphaVPS, because it's right in our datacenter, a couple of floors above the server rooms, allowing us to quickly make new deployments, on-site changes and a ton of other activities, that require physical access in the Datacenter. We've launched our new control panel for virtual and dedicated servers and automated the dedicated server deployments, integrated in our clients area.

The year of custom code

We started 2018 by moving to a new and bigger office in Troyan. As our company was growing, we needed a new space to accommodate this growth. 2018 is the year, when we re-wrote all of the custom code that is behind AlphaVPS, allowing us to automate even more routine tasks, which is one of the keys to our low pricing in this competitive industry. In addition, we've reached an important milestone in one of our business niches - IPv4 leasing. We've leased out over /18 of aggregated space by the end of 2018.

The year of upgrades and new product lines

After the amzing 2016, we started 2017 strong as well! We began with hardware upgrades in London - latest Xeon CPUs with DDR4, top of the line hardware for the time. Sofia followed shortly after! In the mid of the year, we've decided that our team is bigger now and can handle offering live chat sales support as well! Finishing the year in October, we've released a brand new line of services - SSD KVM virtual machines with generous resource allocation and many interesting features!

If we were to describe 2016 with 1 word - huge! In the beginning of 2016, we started with upgrading the storage of all London and Sofia nodes to full SSD, RAID10, blazing fast arrays. We were one of the first in our industry, to switch to 100%, pure SSD storage across all platforms. In June 2016, we opened our first US location - in New York City, utilizing SSD storage, which was our norm already. In August, we did a big jump in moving our growing Bulgarian deployment to Telepoint - West Datacenter in Sofia. Shortly after, in October 2016, we opened our second location in Los Angeles, USA with Asia-optimized connectivity. In November 2016, we opened our first German Location - in the city of Nuremberg, with direct DE-CIX and DTAG connectivity.

The year of expansion

Going strong, we've bit the bullet and opened a new PoP in London, UK. It was a big step for us, entirely new market, new clients and new partners. We've finished 2015, looking forward to the bright future, with a lot of things planned for 2016.

The year after our inception

We've continued getting new orders and our Bulgarian footprint was steadily growing. 2014 was the year, when we learned a lot for the market and what our Clients needed. We've moved in our first office in Troyan - a small, single room, just like all tech startups.

After many months of initial planning and discussions, a lot of coffee and sleepless nights, back in 2013, AlphaVPS was established. Our team was small, but highly motivated and on a mission to re-define the hosting industry as a whole. Our first orders came shortly.

We are looking forward to hear from you!

You can find us at:

Haven't found what you were looking for?

Drop us an email!